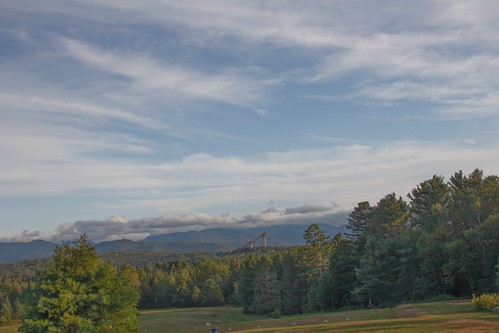 With as many at 17 or more genres of music, it isn’t surprising that no one style is liked by everyone. Not everyone likes country music, and it is not necessarily my favorite, but I do like a lot of it. I especially like the songs that honor the Lord.

Country singer Blake Shelton currently has a hit with the title “God’s Country” that intrigues me. In the opening lines the writer says he “got a deed to the land, but it ain’t my ground – it is God’s country.” He then thanks God for the rain that “brings grain and a little bit of money,” and they “put it back in the plate” (referring I’m sure to the offering plate at church). Based on that, he suggests “I guess that’s why they call it God’s country.”

Drawing from an older country song the writer notes “The devil went down to Georgia, but he didn’t stick around – This is God’s country.” Not only that, they “turned the dirt and worked until the week’s done,” only to “take a break and break bread on Sunday” because they’re “proud to be from God’s country.” Towards the end of the song there are references to “getting baptized in holy water,” “saved,” and getting “Heaven bound.”

In the last verse the author tells us “I don’t care what my headstone reads,
or what kind of pine wood box I end up in; when it’s my time, lay me six feet deep
in God’s country.”

I have to admit that in just reading the lyrics, I agree that the song is certainly corny in many respects. Nevertheless, it also expresses an important biblical point. Psalm 24:1 and 2 declares, “The earth is the Lord’s, and everything in it, the world, and all who live in it; for he founded it on the seas and established it on the waters.”

When it comes to the earth, all of it is God’s Country. Not only does the earth belong to God, everything in it belongs to him, including all of the people. And it all belongs to God because he is the creator.

My take on what the song is saying is that if an area is acknowledged by people as belonging to God, it is his country. And that is somewhat true in terms of some areas and places. But the ultimate truth is that everything belongs to God whether people acknowledge it or not. And that it includes you and me – we belong to him.