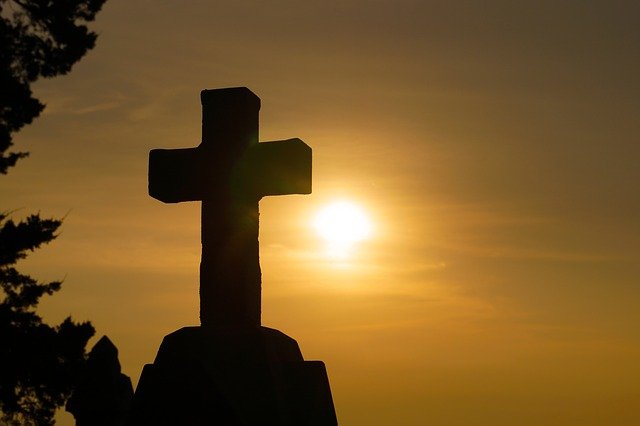 Last month as I was reading the last several chapters of the book of Psalms I came across a couple of verses I don’t remember ever having read before.  Psalm 130:3 and 4 grabbed my attention, “If you, Lord, kept a record of sins, Lord, who could stand?
But with you there is forgiveness, so that we can, with reverence, serve you” NIV).

I thought to myself how grateful I am that God does not keep a record of my sins, but that he forgives me when I fail and fall short. Through the years I have spoken with a number of Christians who shared with me their concern that God may not have forgiven them. My response has always been not to chastise them, but to encourage and affirm them.

The reality is that all of us are guilty of sin. Romans 3:23 makes that clear: “For everyone has sinned; we all fall short of God’s glorious standard” (NLT). Not only have we all sinned, we also continue to sin. Hopefully we make progress as we live the Christian life, but we do not reach perfection.

The fact that God forgives us and does not keep a record of our sins is an expression of his love, mercy, and amazing grace.  In Romans 6:23 the Apostle Paul reassures us, “For the wages of sin is death, but the free gift of God is eternal life through Christ Jesus our Lord” (NLT). Our forgiveness is provided through the sacrifice of Jesus. The most famous verse in the Bible makes that clear: “For God so loved the world that he gave his one and only Son, that whoever believes in him shall not perish but have eternal life.”

I think a couple of observations are important to note in claiming the comfort and beauty of Psalm 130:3 and 4 and other verses. One is that it is entirely inappropriate and to miss the point to assume that God automatically forgives everyone’s sins. No real Christian will freely sin presumptuously thinking God will forgive no matter what.

The criteria for forgiveness is awareness, admission, and confession of sin as well as real and heartfelt repentance. I’m not suggesting that God won’t or doesn’t forgive us, only that we need to take seriously our part and guard ourselves from hardened and unrepentant hearts.

To any reader who has doubts or concerns about God’s forgiveness and salvation I would like to recommend the best book I have ever read about God’s love and assurance. GENTLE and LOWLY: The Heart of Christ for Sinners and Sufferers was written by Dane Ortlund and published last year by Crossway. Ortlund cites and explains many passages from both the Old and New Testaments that bathes readers in God’s love and comfort for our sins.

Image by sspiehs3 from Pixabay

The fact that we know we are not perfect should result in some sense of humility. And humility is expressed when we acknowledge to others we are imperfect. I think what we need to guard against when we admit we were wrong is making excuses. No one wants to hear an admission and apology followed by a reason why we did or said something we shouldn’t have. Most of the time when someone admits a mistake, but gives an excuse for it, they are not taking responsibility for their misdeed.

Rather than defending ourselves with an excuse when we have shown we are imperfect, humility should lead us to an apology and probably a statement of intention to do better in the future.

Humility leads us to confess our shortcoming, apologize for it, resolve to do better in the future, and possibly ask for forgiveness if it is appropriate. Generally speaking I think it is best to take these steps as soon as possible. However, sometimes we aren’t convicted about our mess up at the time, but come to the realization later. Humility is needed to apologize and seek forgiveness hours, days, or weeks later.

So far I’ve been writing about our not being perfect, but another expression of humility is our acceptance of the imperfections of others. In the same way we are encouraged when others accept us and our apologies for mistakes, we too can encourage others by accepting them along with their weaknesses and failures. (That does not mean, however, that we have put ourselves in the position to be hurt again and again by someone.)

I’m a person who has said and done things and acted in ways I should not have more times than I can remember. There have been times when it took longer than it should have for me to admit my wrong, apologize, and ask for forgiveness. I’ve never regretted taking those steps, but I do regret the times I didn’t.

I’m not perfect – and neither are you. Even though most people will accept our apologies for our failures, and God will forgive us if we repent and ask Him for it; let’s not use the reality of our not being perfect to give us cover to do and say things we should not. Let’s keep growing and doing better as we accept and welcome the love and grace of our Heavenly Father and as we walk with his son — our Savior and Lord Jesus.

Here’s a final suggestion to think about: forgive yourself. 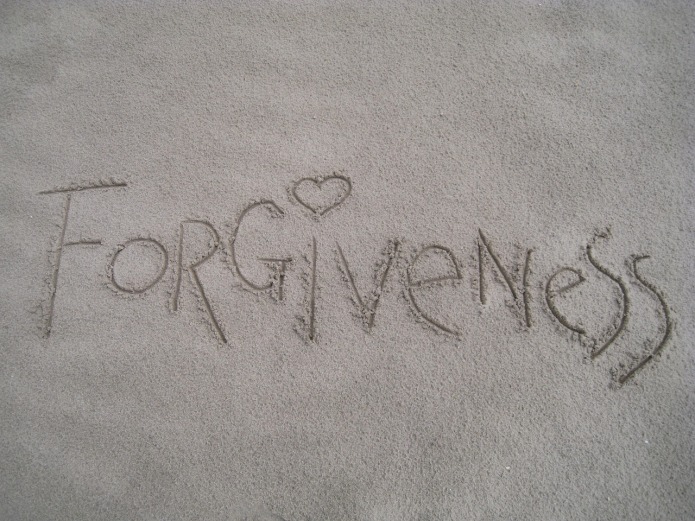 While some hardhearted people might disagree, most of us would agree that it would be difficult to overstate the importance of forgiveness. And its importance includes both being forgiven as well us forgiving.

The news report was about the trial of a police officer who was going home to her apartment and got on the wrong floor. She entered the wrong apartment, thinking it was hers, and shot and killed the resident thinking he was an intruder. She was convicted and sentenced to 10 years in prison.

What was so powerful to me about the news report was the words of the victim’s younger brother on the witness stand speaking to the woman who had killed him. He said he forgave her, loved her, and hoped the best for her while she was in prison. He then asked the judge if he could hug her, got the judge’s permission, and the two embraced. It was a powerful and moving demonstration to see. (To forgive someone does not mean we must put ourselves in a place or position to be hurt or wronged again by the person we are forgiving.)

A second line of forgiveness is others forgiving us. I’m confident every person who reads this post has needed forgiveness from others. It is not always offered, of course, but often it is. In my experience admitting whatever it was that you did or said that needs forgiving, and asking for it, goes a long way in receiving it. Unfortunately, if forgiveness is not granted, we have to leave it there.

A third line of forgiveness is God forgiving us. We should never take God’s forgiveness for granted, but the Bible is clear that God wants to forgive us. That’s what the coming, life, death, burial, and resurrection of Jesus is all about. All of us, without exception, need God’s forgiveness. And while it is not necessarily automatic, because of his great love for us God does forgive us when we ask for it.

A fourth line of forgiveness is forgiving ourselves. We probably don’t think or talk as much about this line as we do the others, but for many of us, this is a need. We’ve all heard people say something along the lines of “I’ll never be able to forgive myself!” Certainly no one should be cavalier or flippant about forgiving themselves. Yet, my sense is we do need to forgive ourselves, not be totally defeated by our failures, and move forward rejoicing in God’s forgiveness in Jesus with a commitment and resolve to do better.