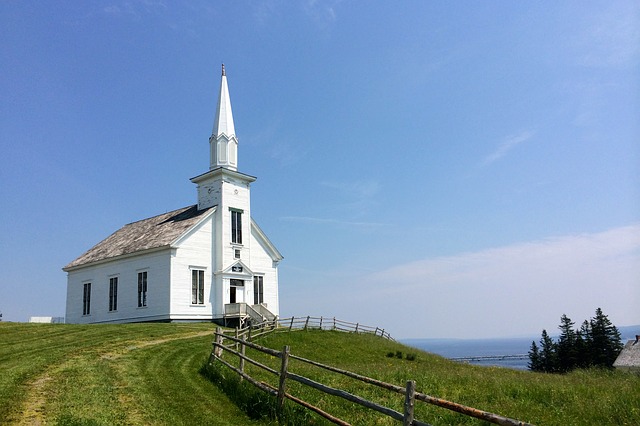 This past Friday’s USA Today’s headline “CONFESSING SOME DOUBT” got my attention and the sub-title State of the Catholic Church prompted me to read the lengthy article. The article was about Catholics’ responses to the sex abuse scandals by church leaders and the cover-ups that followed.

I am a Protestant Christian and not a Roman Catholic, but I am grieved and troubled by all that has been reported. It’s not just Catholic churches that have been in the  news; a number of Protestant churches also have been for the same kinds of misdeeds and more by their leaders. That troubles and grieves me too.

Early in the article the writers suggest “The U.S. Catholic Church is at a crossroads.” I cannot disagree with that, and I also think the same can be said about some Protestant denominations, some individual protestant churches, and quite a few members of both Catholic and Protestant churches.

Reading and considering the many quotations in the article from church goers, I think three words characterize most of them. As a long time Christian and pastor these three words also represent my response.

Clearly the great majority of both Catholic and Protestant church goers are disappointed. Who wouldn’t be? People whom we respected and looked up to let us down. Not only that, the response of some who were in positions to take action did not; and that also is disappointing.

Not only are most church goers disappointed, they are also concerned. And again, who wouldn’t be? There has been a loss of trust in priests and pastors and church leaders in general. One respondent lamented, “I felt so angry and betrayed.”  In terms of Catholics, a recent Gallup poll reported 37% are thinking of leaving the religion.

However, and not to put lipstick on a pig, even with their concern and disappointment, a lot of churchgoers are hopeful. One person who was interviewed noted “I’m not so disassociated that I am ready to walk away.” Another affirmed they “have not lost faith in God or the church.” And offering an important perspective, one church goer affirmed, “The church is not about [or focused on] the humanity of its individual actors, it’s focused on God.”

Perhaps in that last quotation there is a warning for us — while we should look up to and respect our church leaders, we should keep in mind the big picture. While we may wish it were not so, there will always be occasions and situations in which we are disappointed by pastors and church leaders.

Some readers will remember what Jesus said in Matthew 16:18 as he looked to the future: “I will build my church.” Jesus is building his church, and using his followers to do so. In reality it’s not the Catholic Church or the Protestant Church or any of the denominations; the church belongs to Jesus and not her leaders. As a matter of fact, he is the Lord of his church — and we should never forget that. There are no perfect churches, pastors, church leaders, or members; but the owner and builder of the church is perfect. 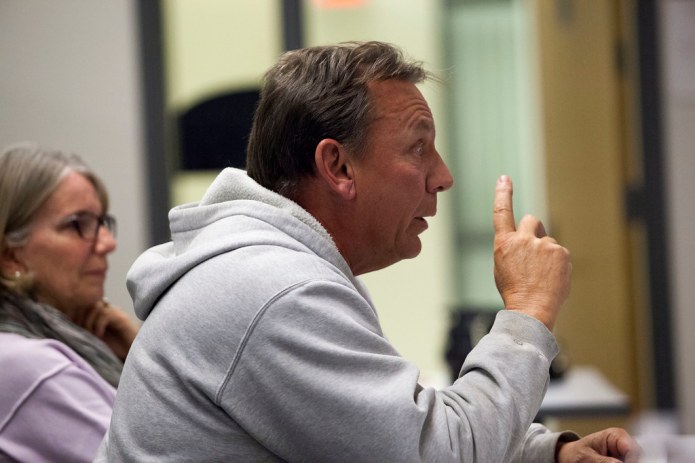 In both of my part time jobs in retirement I am asked a lot of questions. I am honored to teach a Bible course at our local high school as well as serve as Pastor to Senior Adults at our church. My high school Bible class meets five days a week during the school year and in my church work I usually teach two or three Bible classes that meet once a week. With that much teaching it is no surprise that I am asked a lot of questions.

What surprises many of those in my classes is that my most frequent answer to questions is, “I don’t know.” That answer is not satisfying to many, but it is honest. I do know a lot about the Bible, but not as much as people think I should or as much as I would like. That’s why after all these years I continue to read the Bible as well as many books about the Bible as I can.

Theological schools and seminaries offer a couple of graduate degrees that when I read or hear about always bring a smile to my face. The standard seminary degree for many denominations for pastors is a Master of Divinity. Think about that: a master of Divinity. I like the degree, but I don’t think it is realistic. The other degree is a Master of Theology. Think about that: a master of Theology. Again, I like the degree, but it seems like an overstatement to me.

The last couple of weeks I have been reading a new book by Matthew Barrett entitled NONE GREATER: The Undomesticated Attributes of God. It’s not easy reading, but I am enjoying it. In the preface Barrett says he did not write the book “for scholars” but for “churchgoers, pastors, and beginning students” (xvii). While I am getting a lot out of it, and not surprising to me, there is a lot I don’t fully grasp. In this book about the attributes of God chapter one is about Incomprehensibility (which I understand) and chapter 5 is about Simplicity (which I don’t understand).

After all the years of going to school and teaching and preaching about God and the Bible I don’t know it all, but I continue to learn and grow. I hope this post serves to challenge and encourage you in your journey. 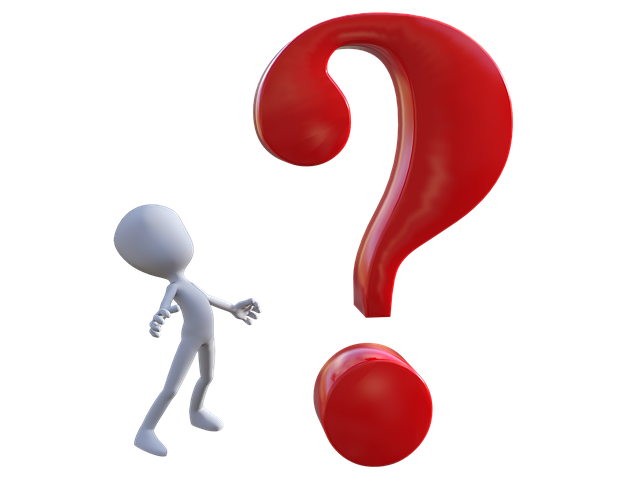 Isn’t it interesting that the Bible says virtually nothing about Saturday between Jesus’ crucifixion on Friday and his resurrection on Sunday?

The Sunday before is called “Palm Sunday,” Thursday that week is known as “Maundy Thursday,” the day on which Jesus was crucified is designated “Good Friday,” and the day of his resurrection is celebrated as “Easter Sunday.” But what about that Saturday between Good Friday and Easter Sunday?

In all my years of going to church, leading Holy Week services, teaching about the events, and rejoicing on Easter Sunday I have never thought much about the Saturday between Jesus’ Friday crucifixion and Sunday resurrection. That is, until last night.

This week I have been reading a devotional guide published by Christianity Today entitled “Journey to the Cross.” Last night I couldn’t go to sleep so I moved ahead in my reading to the devotional for Saturday. Written by A.J. Swoboda, its heading is “Waiting at the Tomb.”

Swoboda’s opening sentence grabbed my attention and held my interest through the three pages. He begins the short devotional with the acknowledgment: “I call it awkward Saturday.” I don’t think that description will become as well-known as the others, but I like it.

What were Jesus’ mother, disciples, and friends thinking and doing on that Saturday? Swoboda points out that we “look at Saturday through the lens of Sunday” (the resurrection), but they couldn’t.

Jesus, of course, had told his disciples more than once he would be killed but would rise again. You may want to take a few minutes and read Matthew 16:21, 17:22 and 23, and 20:17-19. In Luke’s report of Jesus’ third time telling them this he adds, “The disciples did not understand any of this. Its meaning was hidden from them, and they did not know what he was talking about” (Luke 18:31-34). Luke’s words are confirmed by the response of the disciples to the first reports that Jesus had been raised (Luke 24:11).

But what about Saturday? It is somewhat awkward, isn’t it? We can try, but we can’t really experience and feel what Jesus’ followers did on that Saturday. We know what was coming on Sunday, they didn’t. Swoboda suggests it was a day of waiting and ambiguity for them.

We can’t experience and feel what Jesus’ followers did on that Saturday, but we do know something about ambiguity and waiting in our lives. And that waiting and ambiguity tests our faith. During those times of Saturday disappointment, uncertainty, and holding on, don’t forget that after Saturday comes Sunday. 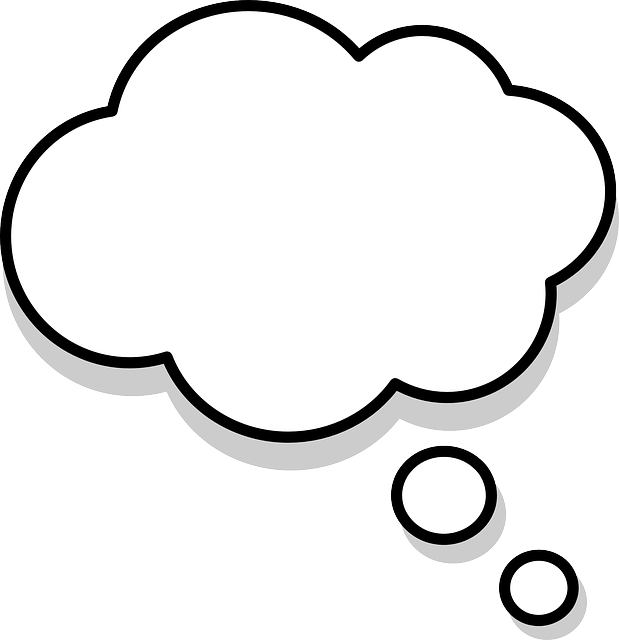 I try to be open to learning from anyone I can. Just because I do not agree with someone on one issue or question does not mean I cannot benefit from hearing from them on something else.

The last several days in our nation’s political news there has a lot of discussion about former Vice President, and potential presidential candidate, Joe Biden. The issue raised is about what some see as inappropriate actions by Biden through the years with regard to multiple women.

For whatever it is worth, from what I have seen and read, I do not think the former Vice President is “a dirty old man” disrespecting women. My impression is, as others have said, that he is a warm and affectionate man. And in saying that I am not suggesting that women should not be uncomfortable or should be accepting of his actions.

Back to being open to learning from anyone, I was impressed by what Speaker of the House Nancy Pelosi said about the situation: “I think that it’s important for the vice president and others to understand [that] it isn’t what you intended, it’s how it was received” (emphasis added). That’s not just an important reminder, to me it is also thoughtful, wise, and something worth keeping in mind.

Most of us have said and done things in our lives when what was received by others wasn’t what we intended. I’m reluctant to assign blame in such situations. And that’s why I think what Pelosi said is important and something we all need to understand as well as keep in mind.

Here’s what I want to do as a result of this discussion. I want to be more careful and thoughtful about how what I say or do may be received. I also want to be less thin-skinned and short-fused when it comes to the words and actions of others. Will you join me?

(My original title for this post was “Joe, Nancy, You, and Me,” but I thought that detracted from the seriousness of the subject.)