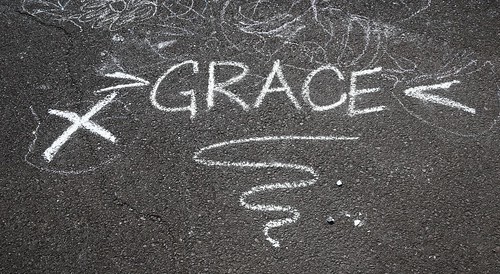 Paul is encouraging Timothy with regard to his work for the Lord, but I think Paul’s instruction is applicable to all of us in terms of living the Christian life. Paul is telling Timothy he can’t fulfill his calling from his own resources, but needs Christ’s grace.

Exactly what is grace? The first definition I learned years ago for the meaning is “unmerited favor.” The idea is that we can’t do anything to win, earn, or deserve God’s grace; it is his gift through Jesus to us. And oh how we need it!

Our need for God’s grace does not end when we accept Christ, are forgiven, and become his follower. The reality is that even though we are saved by God’s amazing grace, we still need to be strong in it.

In the Old Testament there are many examples of people of God who turned their backs on him in a variety of ways including Eve, Adam, Abraham, Moses, David, Solomon, and many others. Perhaps the best known example in the New Testament is Peter’s denials of Jesus following his arrest.

God’s grace was poured out on Peter regarding his denials following Jesus’ crucifixion and resurrection. John 21 records the occasion when Peter and the other apostles met Jesus on the shore and shared breakfast. Three times Jesus asked Peter if he loved him and Peter told him he did. Jesus reinstated and recommissioned him.

Peter’s denials of Jesus is surprising to some given his promises not to, but apparently not to Jesus. What took place at that morning breakfast on the shore is a model of forgiveness and restoration for Christians who have failed.

Christians, you and I, regularly need God’s grace because of our shortcomings and failures. We need to be strong in grace facing up to and admitting our sins knowing that the Lord will forgive us. Being strong in grace does not mean we can be cavalier about our sin, but it does mean repentance from our broken hearts brings God’s forgiveness.

John Gill, a professor at California Baptist University makes a powerful point when he observes, “No Christian, not even a pastor, is a stranger to sin.” He then makes a humble statement with which we all can identify: “I will never outgrow my need for the Lord’s grace.” 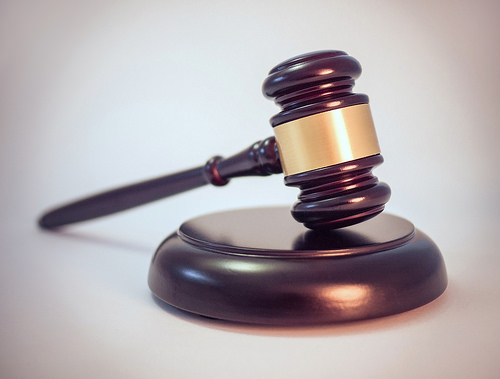 Reading through the Old Testament book of Deuteronomy last week, a couple of Moses’ comments to the children of Israel as they prepared to enter the Promised Land struck me.

The first was in 7:7 and 8 where he said, “The LORD did not set his heart on you and choose you because you were more numerous than other nations, for you were the smallest of all nations! Rather, it was simply that the LORD loves you.” Two chapters later, in looking forward to their entering the land, Moses cautioned them, “After the LORD your God has done this for you, don’t say in your hearts, ’The LORD has given us this land because we are such good people!’ It is not because you are so good” (9:4 and 5).

Even though the word deserve isn’t used by Moses, I was reminded of a memorable exchange between the Sheriff Little Bill and Will Munny in the movie “Unforgiven.” As Munny gets ready to shoot him, Little Bill says, “I don’t deserve this . . . to die like this. I was building a house.” To which Munny responds, “Deserve’s got nothin’ to do with it.”

Obviously it isn’t always the case, but Munny’s comment “Deserve’s got nothing to do with it” is true with regard to a lot of both the good and bad in life.

Intrigued by the word deserve, I looked up its usage in the Bible and was surprised by the number of times it occurs.

Both Mathew’s Gospel as well as Luke’s report the account of a Centurion asking Jesus to heal his sick servant. Matthew 8:9 reports the centurion telling Jesus, “Lord, I do not deserve to have you come under my roof” (and his faith is strong enough to affirm Jesus can heal his servant without doing so). Luke 7:4 and 5 tells about the same incident and how some of the elders of the Jews pleaded with Jesus, “This man [the centurion] deserves to have you do this, because he loves our nation and has built our synagogue.”

In our own experiences, and contrary to Will Munny’s take on it, I think we all would agree that sometimes – but not all the time — deserve does have something to do with it.

One of the two thieves crucified with Jesus seemed to get the most important point about Jesus’ death on the cross without fully understanding what he was saying. Speaking to the other thief who had insulted Jesus, he affirmed, “We are punished justly, for we are getting what our deeds deserve. But this man has done nothing wrong.”

One of the best known verses, as well as one we are most grateful for, is Psalm 103:10 where David tells us God “does not treat us as our sins deserve or repay us according to our iniquities.” And the reason God is able to do that is because of what Jesus did for us. It’s called grace. 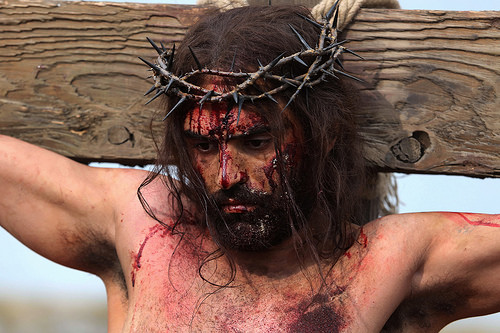 As we come to Good Friday and think about the cross, I want to share three truths about ourselves, about God and about Jesus from one of my favorite authors: John Stott.

“First, our sin must be extremely horrible. Nothing reveals the gravity of sin like the cross. For ultimately what sent Christ there was neither the greed of Judas, nor the envy of the priests, nor the vacillating cowardice of Pilate, but our own greed, envy, cowardice and other sins, and Christ’s resolve in love and mercy to bear their judgment and so put them away. It is impossible for us to face Christ’s cross with integrity and not feel ashamed of ourselves.

Secondly, God’s love must be wonderful beyond comprehension. God could quite justly have abandoned us to our fate. He could have left us alone to reap the fruit of our wrongdoing and to perish in our sins. It is what we deserved. But he did not. Because he loved us, he came after us in Christ. He pursued us even to the desolate anguish of the cross, where he bore our sin, guilt, judgment and death. It takes a hard and stony heart to remain unmoved by love like that. It is more than love. Its proper name is ‘grace’, which is love to the undeserving.

Thirdly, Christ’s salvation must be a free gift. He ‘purchased’ it for us at the high price of his own life-blood. So what is there left for us to pay? Nothing! Since he claimed that all was now ‘finished’, there is nothing for us to contribute. Not of course that we now have a license to sin and can always count on God’s forgiveness. On the contrary, the same cross of Christ, which is the ground of a free salvation, is also the most powerful incentive to a holy life.” 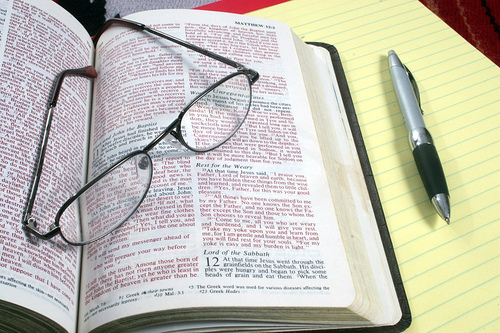 Sometimes in our zeal to stress the Gospel message that we are saved by grace, we neglect Jesus’ call to obey His teaching. I think the reason this happens is because we are committed to making sure people know they are saved by grace through faith and not by what they do or don’t do. In his letters the Apostle Paul is uncompromising in his teaching that salvation is not by works but by faith. Two of his strongest statements are in Romans 3:21-31 and Galatians 3:1-14 if you would like to review them.

To believe and teach that salvation is by grace through faith, however, does not mean that obedience is unimportant or optional. No one is saved by “works of law” or obedience. Faith, repentance, and baptism are not works we do to earn, win, or deserve God’s forgiveness and acceptance. Yet in His teaching Jesus is clear that He wants and expects His followers to obey Him.

A window is opened for our understanding of the place of obedience in Jesus’ farewell instructions to the apostles in Matthew 28:18-20. After affirming that He has the authority to do so, Jesus instructs them to go and make disciples, baptize them, and teach them to obey everything He had commanded them. Wouldn’t it be an interesting study to go through the Gospels to note and study everything Jesus commanded His followers?

While we come to Christ for salvation by God’s grace through faith, we give ourselves to obeying Him because we have been accepted and forgiven. He tells us to teach those who become His disciples to obey the things He has commanded. Obedience to Jesus does not earn salvation, but flows from it. We are not saved because we obey Jesus, we obey Jesus because we are saved.

In addition to His farewell instructions, Jesus also underscored the importance of obedience during His ministry. One of my favorites is in His closing parable of two builders at the end of the Sermon on the Mount in Matthew 7:24-27. Both a wise as well as a foolish builder built houses: one on the rock and one on the sand. When the rain, streams, and winds came the house built on the rock stood while the one built on the sand fell. The difference between the two builders? Both heard Jesus’ words, but only the wise man put them into practice.

Another of my favorite examples of Jesus stressing the importance of obedience is in John 13 when He washed His disciples’ feet. During the evening meal Jesus removed His outer garment, wrapped a towel around His waist, and washed their feet. When He finished he put His clothes back on and returned to His place. He told them that He was their Lord and Teacher and that He had set an example for them to follow because no servant is greater than his master. What gets my attention is verse 17 when He told them: “Now that you know these things, you will be blessed if you do them.” Don’t miss the point that obeying Jesus blesses our lives.

Jesus’ strongest statement about obedience is in John 14:15: “If you love me, keep my commands.” So simple, and at the same time equally profound. Nothing is more important than loving Jesus. That’s why even though we often let Him down, because we love Him, and with His help, we make the effort to obey Him. We obey Him not to earn His love and forgiveness, but because we know He loves us and we love Him.

I’m interested in what you think about this subject. Feel free to leave a reply below or email me at bobmmink.com, and share this post on Social Media.