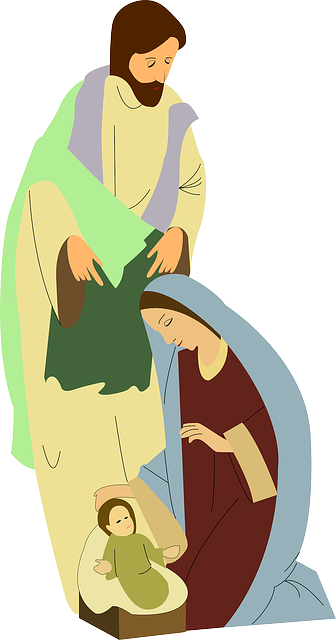 As we come again to another Christmas celebration I’ve been reading and thinking about Joseph. During this week many of us will focus on the shepherds, the angels, the wise men, Mary, and the baby Jesus. Most of us will include Joseph, but he doesn’t seem to get the attention the others get. Last week I came across an article about Joseph by author and Pastor Acher Niyonizigiye that shed a lot of light on this important Christmas character. Here are some of his observations and thoughts on Joseph (in quotes) and mine as well.

“We don’t know a lot about Joseph. He is one of the biblical characters of whom very little is said. Not a political leader or a great prophet, his name would be absent from the Bible had he not been the guardian of the Messiah.”

“It is most likely that the real Joseph was an average Jewish young man, with some religious education. The Bible implies Joseph was a very ordinary man from an ordinary place, a village man who was known through his profession. People thought of him as the carpenter (Matthew 13:55).”

“While the Jewish culture valued menial labor, the reality was totally different with the Romans. From a Roman perspective, carpentry was a slave’s profession. So Joseph was far from being among the people with high status.”

“In strongly patriarchal cultures, men usually expect to provide well for their families, sometimes with a good dose of emotional detachment from their wives, and they often expect their own plans to be the plans that direct the families.”

“Joseph wasn’t like that. We see that most clearly in his treatment of Mary. He knew she deserved loved and protection. Even before he received God’s message about Jesus, Joseph demonstrated love for Mary and his commitment to protect her dignity. Joseph’s behavior portrays genuine masculinity and Bible-certified righteousness.”

Matthew does not give the detail that Luke does, but he does center his focus on Joseph. In Matthew 1:18 we learn that Mary was “found” to be with child before they came together (in marriage). This would suggest that Mary had been unfaithful to Joseph in the betrothal period, but Matthew confirms for us what Mary learned from Gabriel, that the child Mary carries was conceived by the Holy Spirit.

Since Joseph doesn’t have any details about Mary’s pregnancy, he assumes she has been unfaithful. But this godly man decides not to make a spectacle of Mary and publicly shame her– he decides to divorce her quietly. As Joseph considered all of this, he fell asleep and “an angel of the Lord appeared to him in a dream and said, ‘Joseph son of David, do not be afraid to take Mary home as your wife, because what is conceived in her is from the Holy Spirit. She will give birth to a son, and you are to give him the name Jesus,because he will save his people from their sins’” (Matthew 1:21 and 22).

In Matthew’s account we are also told that after the angel spoke to Joseph in a dream, he woke up and immediately resolved to do as the angel instructed. Joseph immediately took Mary as his wife (Matthew 1:24). This shows both the character and commitment of Joseph to the Law and to Mary.

Matthew’s gospel does not go into detail about the birth of Christ, but it does tell us that Joseph “knew her not until she had given birth to a son. And he called his name Jesus.” Both Mary and Joseph immediately obeyed the Lord’s command and welcomed Jesus, their Messiah into the world.

Joseph may not get the attention others get in the Christmas accounts, but he is one of the heroes. He sets an example and challenge for us still today as we celebrate again the birth of Jesus.

Image by Clker-Free-Vector-Images from Pixabay