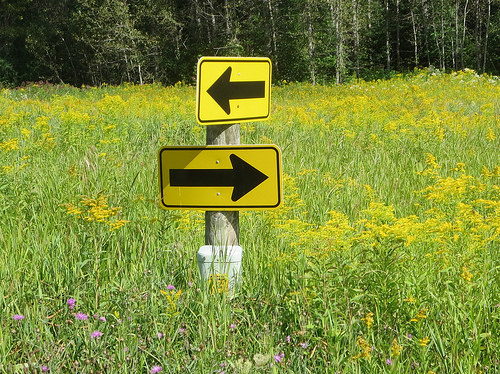 Last Friday driving back to California from Texas by myself I decided to take a different route than we usually take. Since it was a new way for me to return I called my wife, who was still in Texas, to get directions. She checked things out on the internet and got back to me. Following her suggestions I had no problems and got home. She flew back to California on Sunday and driving her home from the airport she asked me, “Which way do you think is better?” It’s an interesting question, isn’t it?

In an article I read earlier on Sunday I was reminded that in the book of Acts those who first believed in Jesus were called followers of “the Way.” The designation is found only in the book of Acts, and it is used multiple times with minor variations. Here are some examples:

In Acts 9:2 Christians are described as those who “belonged to the Way.”

In Acts 19:9 unbelievers “maligned the Way.”

In Acts 19:23 “there arose a great disturbance about the Way.”

In Acts 22:4 Paul acknowledged earlier he “persecuted the followers of this Way.”

I agree with F.F. Bruce that the term was originally a self-designation for the early Christians. It seems obvious how and why this label was used. Note in each usage that the definite article the is used rather than the indefinite a. What is being referred to is not “a way” as one of many but rather “the way.”

When I think about this term I cannot help but think about Jesus’ claim in John 14:6, “I am the way and the truth and the life. No one comes to the Father except through me.” Note again the usage of the definite article the. There is a sense in which the truth and the life fill the meaning of the way. Jesus Himself makes it clear that He is the way to the Father. And the implication is that because He is the truth, following Him is the only way to live what may be called the life.

Belonging then to “the Way”, being a follower of Jesus, means that we give ourselves to living the kind of life He has called us to live. Jesus’ illustration of the wise and foolish builders at the end of the Sermon on the Mount (Matthew 7:24-27) is instructive. The rain, flood, and wind beat upon both the houses of the wise man and the foolish man. The wise man’s house did not fall because its foundation was on the rock—he heard the words of Jesus and put them into practice. But the foolish man’s house fell because his house was built on sand—he heard the words of Jesus but did not put them into practice.

One final thought for your consideration: within the way there must be some room for diversity and flexibility. We are not all the same and not everything about living and life is specifically and narrowly spelled out in the Bible. I’ll leave it up to you to decide what is clear-cut and where there is room for difference of opinion.

My answer to Jan’s question “Which way do you think is better?” in terms of driving from Texas to California was “I’m not sure.” If someone asked me “What is the best way to live?” I would say “Follow the Way of Jesus.” What would you say?