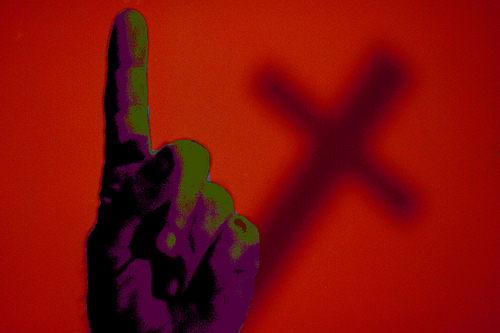 In this fifth week after Easter I’m thinking about what took place after Jesus’ resurrection. The Gospels tell us that for 40 days Jesus appeared several times to his followers to encourage and instruct them. He appeared to Mary Magdalene Sunday morning (John 20:11-18), to two unnamed disciples in the afternoon (Luke 24:13-35), and to 10 of the apostles that evening (John 20:19 and 20). The following Sunday he appeared to the 11 apostles, this time including Thomas who was absent the week before (John 20:24-28). Later he appeared to seven of his disciples by the Sea of Galilee after which he restored Peter who had denied him (John 21:1-19). In I Corinthians 15:6 the Apostle Paul reports Jesus appeared “to more than five hundred brothers and sisters at the same time.”

After 40 days Jesus concluded these appearances with an important act that is rarely emphasized by his followers today: he ascended (returned) to heaven. Even though it is rarely emphasized, Ascension Day is on the church calendar on the sixth Thursday after Easter—the 40th day of Easter, this year on May 25. Jesus’ ascension is important in the New Testament—so much so that Luke reports it twice: at the end of his gospel in Luke 24:49-53 and at the beginning of the book of Acts in 1:9-11. Jesus’ exalted status seated at God’s right following his ascension is also important and frequently mentioned (Ephesians 1:20, Colossians 3:1, Hebrews 1:3, and others).

Those familiar with the Apostle’s Creed will remember the reference to Jesus’ ascension in it: He ascended into heaven, and is seated at the right hand of the Father. What are we to make of this part of the classic statement of the Christian faith often recited in many churches?

One thing we should realize is that the ascension marked the end of the resurrected Jesus’ appearances to his followers. Acts 1:9 reports “he was taken up before their very eyes, and a cloud hid him from their sight.” During the 40 days of his appearances he would appear and disappear, but this time was different. He had accomplished what he came to do and returned to the Father. The creed’s affirmation that Jesus “ascended into heaven and is seated at the right hand of the Father” summarizes the teaching of the New Testament.

The descriptive words of both Jesus’ “ascending to heaven” and being “seated at the right hand of the Father” are symbolic. One theologian warns us “It is important to realize that the ascension is not making a statement about cosmology and how to find heaven on an astronomical map” (Michael Bird). Another theologian suggests the imagery of being seated at the right hand of God means he has returned “to the close presence, power and majesty of his Father” (Alister McGrath).

Jesus returned to heaven and sat down at the right hand of the Father, but that does not mean he is absent from our world or us. Nor, in the words of James Bryan Smith, does it “mean he is up in heaven taking a long nap.”

In Matthew 18:20 Jesus promised “where two or three are gathered in my name, there am I with them.” And in John 14:18 he told his apostles “I will not leave you as orphans; I will come to you.” The primary way Jesus is still with us today is through the Holy Spirit he promised following his ascension.

Ascended and sitting at the Father’s right hand, Jesus has been given absolute sovereignty. New Testament scholar Bruce Metzger put it this way: “That Christ ascended and now sits at the right hand of God means that he lives and rules with all the authority and power of God himself.”

Jesus is also talking to the Father about us. In Romans 8:34 the Apostle Paul writes Christ Jesus “is at the right hand of God and is also interceding for us.” The writer of Hebrews affirms as our high priest Jesus “always lives to intercede for those who come to God through him” (Hebrews 7:25).

To conclude this post let’s return to the account of Jesus’ ascension in Acts 1. After “a cloud hid him from [the Apostles’] sight” and “they were looking intently up into the sky” a couple of angels asked them why they were looking into the sky. Then the angels affirmed, “This same Jesus, who has been taken from you into heaven, will come back in the same way you have seen him go into heaven” (Acts 1:11). Jesus will return!

In Philippians 2:9-11, after talking about Jesus’ death on the cross, the Apostle Paul takes his readers from the ascension to the second coming, “Therefore God exalted him to the highest place and gave him the name that is above every name, that at the name of Jesus every knee should bow, in heaven and on earth and under the earth, and every tongue acknowledge that Jesus Christ is Lord, to the glory of God the Father.”

(The title of this post was borrowed from my pastor, Jim Shelburne of Washington Avenue Christian Church.)

4 thoughts on “THE OTHER SIDE OF EASTER”