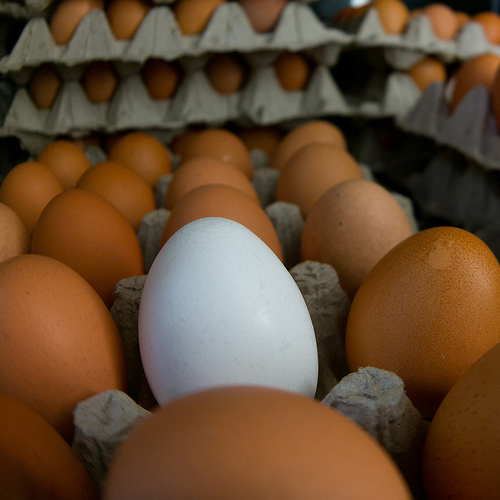 I recently watched a short video of John R.W. Stott talking about an important biblical teaching that he said we “tend to neglect.” If you don’t know who Stott is, he was a great evangelical leader and Bible teacher who was also the Rector of All Souls Church in London. He was also a prolific writer whose books are well worth having and reading. What he said we tend to neglect is the Bible’s call that the people of God be different.

He noted that in the book of Leviticus God told his people not to do as the Egyptians did or as the people in the land they were entering did. A favorite verse is Leviticus 11:45 where God says, “I am the LORD, who brought you up out of Egypt to be your God; therefore be holy, because I am holy.”

Without citing any specifics, he noted the frequent challenges of the prophets that the Israelites be different from their neighbors. The problem too often was, however, that God’s people were not different.

In moving to the New Testament Stott cited Jesus in the Sermon on the Mount in Matthew 6:5 cautioning his followers “not to be like the hypocrites.” In the preceding verses Jesus warns about the practice of the hypocrites who do good things “in front of others to be seen by them” and to “to be honored by others.”

The same basic call to be different is repeated and emphasized in the New Testament letters to those who are Christians. The best known instruction is from the Apostle Paul in Romans 12:2a, “Do not conform to the pattern of this world, but be transformed by the renewing of your mind.”

Stott didn’t mention the verse, but I also thought of I Peter 2:9 and what I’ve always considered a less than ideal rendering in the King James Version, “But ye are a chosen generation, a royal priesthood, an holy nation, a peculiar people; that ye should shew forth the praises of him who hath called you out of darkness into his marvelous light.” I guess technically Christians are to be peculiar, but I much prefer the word different.

How is this call to be different to be carried out by Christians today? If we are honest I think we must admit that on occasion Christians have done more harm than good in terms of their witness by being different. I don’t like the KJV word peculiar, but neither do I like the words odd or strange.

I’m not sure I fully understand what he was saying, but I go back to Jesus’ instructions to his followers in Matthew 10:16 when he told them, “I am sending you out like sheep among wolves. Therefore be as shrewd as snakes but as innocent as doves” (NIV). I also like the rendering in the New Living Translation, “So be as shrewd as snakes and harmless as doves,” as well as the Message, “Be as cunning as a snake, inoffensive as a dove.”

What I am suggesting is that as Christians we are to be different, but there is a way to be different that is not harmful to our witness, but is hopefully helpful. What do you think?

3 thoughts on “ON BEING DIFFERENT”