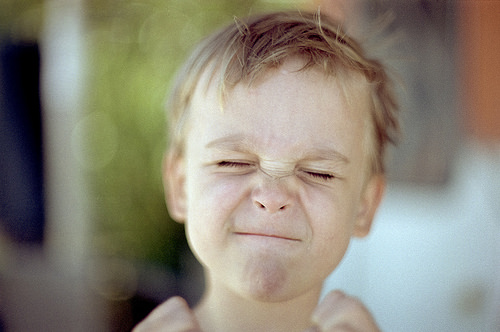 A few weeks ago on my way to a seat at church I spoke to a group of men and then as I sat down asked myself, “Why did you say that? That was stupid.” In the interest of full disclosure, that’s not the first time I’ve asked myself that question.

As I sat in church I thought about the phrase “saying something stupid” and remembered it was from a popular song when I was in junior high (too long ago for me to give a date). It’s a romantic song in which the singer is telling about a relationship in which he or she reports, “And then I go and spoil it all, by saying something stupid like ‘I love you’.” (I don’t think of saying “I love you” as something stupid, but I can imagine there could be times when it would be.)

I’ve already admitted that many times I have blurted out things that were stupid. Are you ever guilty of saying something stupid? My guess is that all of us at times say stupid things – some of us more often than others. Sometimes when I do it I realize it immediately, sometimes I realize it later, and occasionally someone who heard it tells me it was stupid.

Why do people say stupid things? I’ve heard observers of those who tend to be guilty of saying stupid things suggest they have no filter. I’m not sure what they mean by that, nor am I convinced that is an acceptable excuse.

My answer to why I say stupid things is that usually I’m trying to be funny. The problem is that what I say isn’t always funny or is not funny to everyone who hears it.

In the aftermath of saying something stupid we may be asked or ask ourselves, “What were you thinking?” The honest answer to that question most of the time is probably, “I wasn’t thinking.” If we were thinking, or were more aware of our context and those around us, we wouldn’t have said what we did.

I’ve come to conclusion that the reason I say stupid things is because of a lack of discipline. Whether I am just greeting someone, having a serious conversation, or anything in between, I need more discipline when it comes to what I say. Of course I need to think — but that’s part of discipline. I don’t think I have to quit trying to be fun or funny, but I do need to exercise discipline.

As I turn the page from 2018 to 2019 my one resolution is to be more disciplined when it comes to opening my mouth to say something.

2 thoughts on “SAYING SOMETHING STUPID”