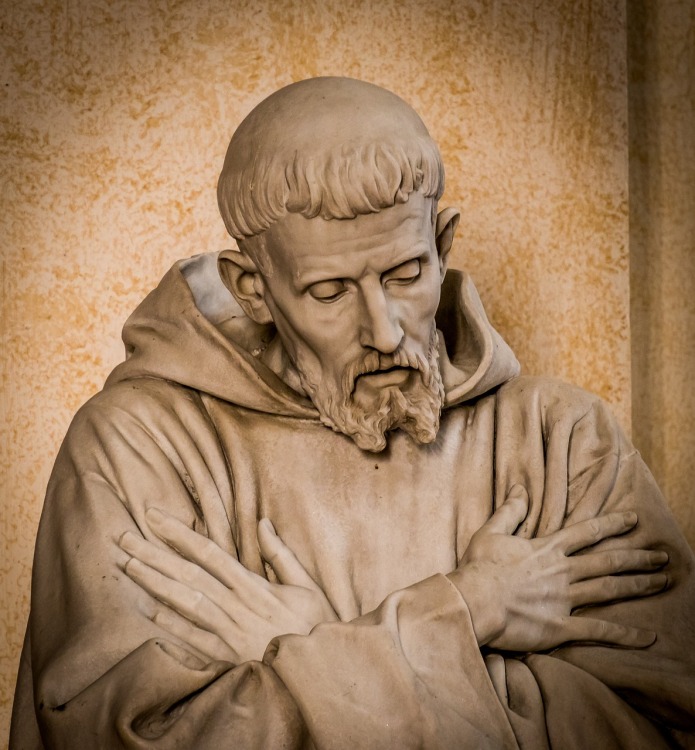 Do you know any saints? Do you know what a saint is? The second question reminds me of a song we sang as kids defining happiness. You may remember the refrain that proclaimed happiness is “different things to different people.” I think the same could be said about the meaning of saint.

In everyday conversation most people use the word saint to describe someone who is an exceptionally kind, caring, giving, unselfish, and loving person. Not only that, what leads someone to be that kind of person is their holiness that comes from their closeness to God.

In Roman Catholicism a saint is a Christian who has died following a life of exceptional commitment, holiness, and service. In Catholicism a person can only become a saint following their death and going through steps to be officially recognized and honored as such by the church. Mother Teresa is a recent example who most of us would agree was a saint.

The word saint or saints is used in both the Old and New Testaments to describe God’s people and followers of Jesus. The basic meaning of the word saint is “to set apart” and suggests holiness as a quality of those who are members of God’s people. Set apart, however, does not mean that saints should not, or cannot, have contact or involvement with those who are not saints.

The New Testament uses the words saint and saints 67 times, always referring to believers in Jesus. Six of Paul’s letters to churches are addressed to saints: Romans, I and II Corinthians, Ephesians, Philippians, and Colossians. In these salutations, as elsewhere in the New Testament, the word is never used of a special group of Christians who are more dedicated and holy than other believers. The New Testament is clear that all Christians are saints.

While all Christians are saints, all believers are not at the same place in terms of their growth as followers of Jesus. A new believer cannot be expected to be as mature in living the Christian life as a long time believer. The challenge for every Christian is to continue to grow as a saint.

Two suggestions about the usage of the word saint in the New Testament give us more insight about the meaning. One writer notes, “the Bible views every Christian as someone set apart for God’s work” and cites Ephesians 4:12 to make the point. Every Christian is a saint, and every saint is to be engaged in some way and at some level doing God’s work. Obviously not every saint is serving in the same way, but every saint is called to serve.

Another writer makes a second suggestion: “Christians are called saints because they are called to live set apart from the corruption of the world. Followers of Christ are called to be holy” (see I Corinthians 1:2 and I Peter 15 and 16). Simple stated, the point is that saints (Christians) are different from those who are not Christians. But there is no place for arrogance and an attitude that “I’m better than you are” toward those who are not Christians.

The Oxford Companion to the Bible says in the Old Testament “saints are ‘holy people’—holy, however, not primarily in the moral sense, but in the sense of being specially marked out as God’s people.” And “in the New Testament those who comprise the church are also called holy, ‘saints’, because they too are set apart to God” (p. 668).

My favorite quote from my reading about this subject is from William Barclay. He writes, “a person who is hagios [a saint] in the Christian sense of the term is a person who has separated himself [sic] from the world in order to consecrate himself to God. Sainthood, in the NT sense of the term, is concerned, not so much where a man [sic] is, but with the direction in which he is facing” (New Testament Words, p. 150).

I think I know what a saint is and am pleased to accept the Bible’s term. Barclay’s words encourage and challenge me; I’m not where I want to be, but I am facing in the right direction. How about you?

Image by Robert Cheaib from Pixabay

One thought on “WHAT OR WHO IS A SAINT?”