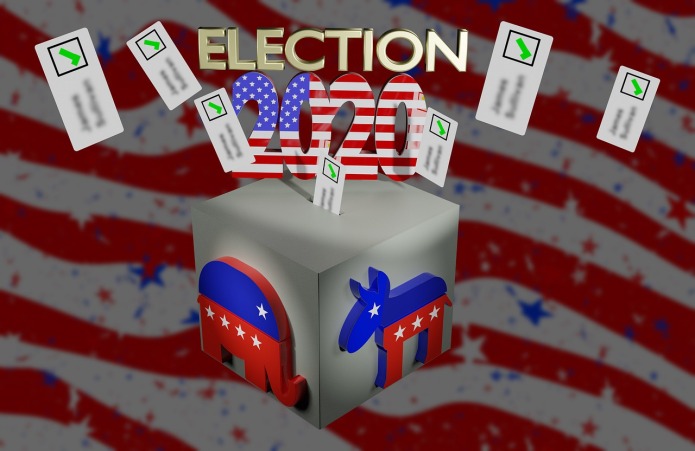 My original idea for this week’s blog was to write Wednesday following Tuesday’s vote and call it The Day After. Since no final result has yet been confirmed in terms of the presidential vote I’m preceding with some thoughts on this day after the day after.

Certainly the presidential vote, but also many other votes on candidates and issues, led to deep divisions among friends, neighbors, family members, and Christians. If possible, I wish following all the acrimony and disrespect everyone would come together without necessarily agreeing on everything.

I think those who saw this election as a battle between good and evil were off the mark. And I was especially unsettled reading the harsh back and forth on Facebook between committed Christians who disagreed on candidates and issues.

As sad as I am about the divide and polarization among families, friends, and Christians due to this election, I am hopeful the rhetoric will be softened and mutual respect restored. We may or may not understand why some took the positions they took, but it is not our responsibility to question their reasoning for their choices.

Christians do not have to agree on everything political (or lots of other areas) to maintain unity in Christ. I like Pastor Chris Rea’s observation, “I think a church ought to be solidly purple.” He is saying there should be room for both blue and red voters in the Church. Just because we are Christians does not mean we all walk in lock step uniformity.

I cannot help but wonder where we go as a nation and as Christians from here. It seems obvious that we have to accept the results of the election when everything is finalized. It also makes sense to me to challenge ourselves to “get over” the results we had hoped would come out differently.

We need in general to restore civility, but Christians should go beyond just civility. We are called to love one another and to love our enemies as well. It seems totally out of place to me, however, to view a fellow believer as an enemy because we don’t agree on everything political.

I’m reminding myself of one of the best known instructions in the Bible for God’s people: “Trust in the Lord with all your heart and lean not on your own understanding; in all your ways submit to him, and he will make your paths straight” (Proverbs 3:5 and 6).

Image by conolan from Pixabay