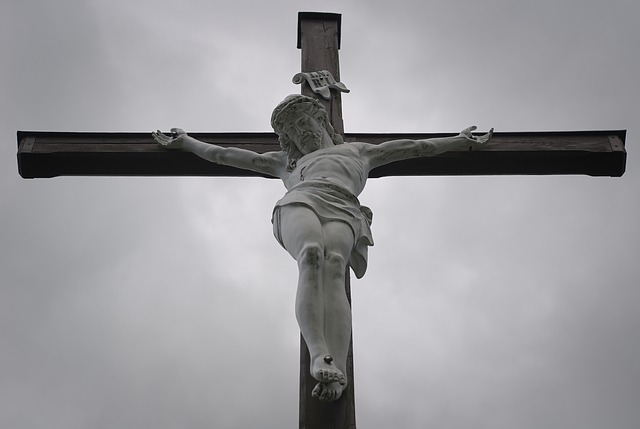 The four Gospels tell us of seven sayings of Jesus from the cross when he was crucified on what we call Good Friday. Each of Jesus’ seven sayings are important, but my favorite is the sixth one, “It is Finished.” The question we ask ourselves in considering this saying is, “What was Jesus referring to with the “It” in his saying “It is Finished?”

I’m confident it’s not what at least a couple of authors suggest. One observer suggests “some may hear in Jesus’ words disappointment.” But as we’ll affirm later, even in the face of pain and pending death on the cross, Jesus certainly wasn’t disappointed.

Was Jesus referring to the reason for his coming? Are things coming to a sad ending in terms of his purpose? Do the words “It is Finished” mean that Jesus had failed or that his mission wasn’t accomplished?

Please note that Jesus did not say, “I am finished,” but rather “It is Finished.” Nor did anyone else who was there declare while Jesus was dying on the cross, or after he died, “He is finished.”

New Testament scholar Leon Morris explains, “It could mean that Jesus’ earthly life was over, he was about to die. But, while that was true, the more important truth is that the death of Jesus meant the completion of the work of salvation for which he had come to earth.”

The “it” in Jesus’ words “It is finished” refers to the reason for and purpose in his coming. The “it” in Jesus’ words “It is finished” points to the perfect plan of God the Father and the mission for which Jesus came. “It is finished” underscored the fulfillment of the Father’s will. It was a clear announcement that in dying on the cross Jesus completed what he came to do. In his book The Cross of Christ John Stott tells us the verb finished is in the perfect sense and it means “it has been and will for ever remain finished” (p.82).

The saying reminds us of what Jesus said early in the Sermon on the Mount in Matthew 5:17, “Do not think that I have come to abolish the Law or the Prophets; I have not come to abolish them but to fulfill them.” It’s as if Jesus was saying, “I have done the task the Father asked me to do.” Jesus accomplished what he came into the world to do.

The words from the cross “It is finished” is a statement of triumph. His death finished the ransom payment for the sins of those – including us today – who accept him as our Savior. But Jesus’ statement “It is finished” cannot mean there is nothing else that he would do. The primary purpose of his coming was complete.

After Jesus died they took his body from the cross and buried it in an unused grave. But even though Jesus had finished what he came to do, on Easter Sunday morning he rose from the dead. According to the Apostle Paul in Romans 1, “Jesus was proved and attested to be the Son of God with power by the resurrection.”

Forty days after his resurrection Jesus returned to His Father, and multiple times the New Testament reminds us that Jesus was exalted and sits at the right hand of God. Not only that, we know that someday Jesus will come again to welcome and receive us to return with him to the Father and live forever in heaven. And we will do that because in his first coming he finished what he came to do.

On this Good Friday we are reminded and remember again that it was a Friday, and just before he died on the cross he declared, “It is finished.” And for that we thank and praise him who is both our Savior and our Lord.

2 thoughts on “What Did Jesus mean “It is Finished”?”