I’m not exactly sure what grade I was in when I wrote my first book report, but I know it was in grade school. After that we wrote book reports in junior high as well as in high school. Although we did a lot of reading in college and graduate school, and sometimes we wrote about what we read, they were not called book reports.

Until a couple of weeks ago I had never read John Bunyan’s classic The Pilgrim’s Progress. Leading up to Easter this past year I received emails almost daily about Revelation Media’s movie of the story. I wanted to see it, but it was only shown on two days – Thursday and Saturday before Easter and I couldn’t go either day.

Interested because of all the promotions about the movie, I thought about getting the book and reading it. My interest was confirmed when I visited a bookstore in town that was going out of business and I found The Pilgrim’s Progress marked down 60%. I couldn’t pass up such a deal so I bought it (at such a discount I knew it had to be God’s will!); and I’m glad I did.

Here’s a short book review of The Pilgrim’s Progress.

The flap on the cover on my copy reports that “John Bunyan was a seventeenth-century Baptist preacher and writer. He became imprisoned for his Christian beliefs, and it was at that time he began work on The Pilgrim’s Progress.” He wrote the book in 1688 and it “is an allegory on the Christian life.”

The framework of the book is the account of a storyteller’s dream he had of a Christian’s journey to the Celestial City. Reflecting the time in which it was written, there are sentences that seem awkward that I needed to read a couple of times to get the meaning.

The storyteller’s report of his dream is filled with designations and titles that enhance the “allegory on the Christian life.” In addition to Christian, other characters include Evangelist, Obstinate, Pliable, Mr. Worldly Wiseman, Patience, Apollyon, Faithful, Talkative, Hopeful, Ignorance, and Little-faith. In addition to the Celestial City, other places are the Slough of Dispond [sic], Vanity Fair, Graceless, Honesty, Giant Despair, and Doubting Castle.

Readers familiar with the Bible will note lots of references and allusions to verses and passages in the Bible. But readers do not have to know the Bible to engage the story. The flap on my copy notes the book “is regarded by many as one of the most significant religious works ever written.”

If this report sparks your interest I hope you will get and read the book. I think you will not only enjoy it, but also be challenged and encouraged. I think Revelation Media’s film will be available in the future. Having read the book, I look forward to seeing the movie. 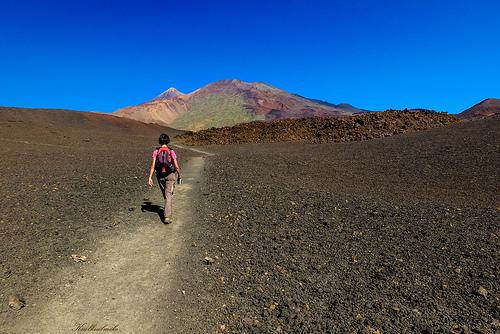 Describing the Christian life as a walk suggests a certain amount of effort on our part. You cannot be passive and walk at the same time. When we walk we are going somewhere; even if we are just taking a casual stroll we are moving. To make sure I wanted to stay with the word dynamic to modify walk I looked up the definition. The first definition given was “a process characterized by constant change, activity, or progress.”

To speak of the Christian life as a walk characterized by constant change, activity, and progress implies growth in our Christian lives. I hope all of us who are Christians want to be growing in our walks. It is helpful for me to remind myself that to grow in Christ there are some things I need to stop doing and some other things I need to begin doing or do better. I have no idea what those activities, attitudes, practices, and disciplines might be for you, but I have zeroed in on a few for myself as we begin the New Year. (In my previous post I indicated I want to chip away at pride and cultivate humility this year.)

When it comes to growth and progress in our Christian lives the reality is that we are not always growing at the same rate. There are seasons when we grow rapidly and other times when our progress is slow. In my life there have been and are periods when I make little or no progress; and to be honest, for many of us there are times when we actually regress. What seems most important to me is that if we graphed our walk in terms of time and growth, even though the growth line would be up and down, the overall direction would be up.

One final observation: to say the Christian life is a dynamic walk in which no one can ever say “I have arrived” affirms we never get to the point in our walk when we have no more room for growth. We make progress for sure, but the movement and progress is never completed in this life. Hear how the Apostle Paul says it in Philippians 3:12: “I don’t mean to say that I have already achieved these things or that I have already reached perfection. But I press on to possess that perfection for which Christ first possessed me” (NLT).

Heavenly Father, thank you for the call, opportunity, and privilege to walk with and follow Jesus. We know we have not done anything to deserve what you have done for us by your grace. We ask that you show us the way, convict us of things we need to stop doing and show us what we need to begin to do or do better, and help us to grow and become what you have called us to be. We know we will not become perfect in this life, but help us never use that as a reason not to press on. In Jesus’ name, amen.

Feel free to leave a reply below and/or share these thoughts on Facebook or other social media.