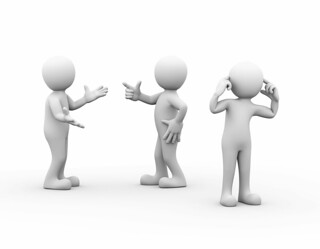 I read an observation today that resonated with my take on things. Lance Witt noted, “In this election year, the amount of vicious attack and trash talking has reached a new high (or low). No matter what your political persuasion, I think you would agree that the political environment has become increasingly toxic.” I then saw the date Witt published his piece: March 11, 2016. The author’s observation was almost three and a half years ago!

Obviously it is not a new concern, but I continue to be concerned about and discouraged by the continued degradation of today’s discourse at pretty much every level. Politicians and those deeply captivated by politics seem to be leading the way, but it certainly isn’t limited to them. Verbal attack and trash talking is widespread.

There is nothing wrong with having strong beliefs and opinions, but how they are held and discussed is important. An arrogant and demeaning attitude towards others can do more damage than good.

When I was fresh out of college I had that ugly disease of thinking I knew it all. Given the opportunity to continue my education in three different graduate schools, I was exposed to a lot of religion, theology, and biblical interpretation that was far different from what I had learned and believed. I wasn’t there, however, to change anyone’s mind, but to learn – and I learned a lot.

I’m not a politician, but in my many years of being a pastor and teaching in a variety of venues, I have been involved often in controversial discussions. When it comes to Christianity, religion, the Bible, faith, doctrine, and theology there are many strong beliefs and opinions.

I wish I could say I have always been gracious and understanding, but that would not be true. In the last several years, however, I’m confident I’ve made significant progress in how I deal with those who come from a different background and have a different understanding or interpretation of the Bible and its meaning.

How are you doing when it comes to discussing controversial issues and matters? Are you respectful or demeaning? Do you listen or dominate? Do you discuss or argue? Do you bloviate? Do you give the impression that you think you know more than you do?

I wish people could say about me what one reviewer said about the author of a book dealing with controversial Christian material: “he means to speak as a friend to friends and he never comes close to being harsh or offensive.” As trite as it may seem, it is true that we can agree to disagree without destroying one another. 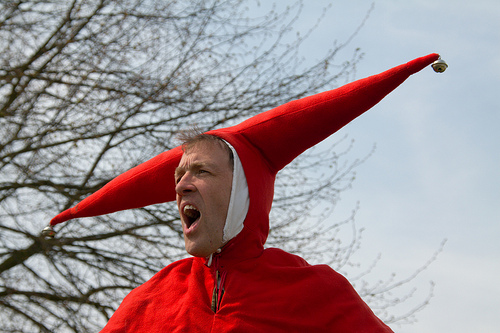 Since I take seriously Jesus’ instruction in the Sermon on the Mount not to call anyone a fool, I don’t call people fools. But that doesn’t mean I don’t at least on occasion think of someone as playing the part of a fool. And there are times when that someone I think has played the part of a fool is me.

As I mentioned a couple of weeks ago, I have been reading the book of Proverbs during the month of January. When I read chapter 18 this week three verses describing the talk of fools struck and challenged me.

Here is the first of the three (verse 2) from the New Living Translation:

“Fools have no interest in understanding;
they only want to air their own opinions.”

When I read that I thought to myself “ouch!” The truth is that there have been and still are times when I have played and do play the part of a fool in some discussions. Convicted by what I read, I am hoping in the future to do better with both parts of the verse.

Here is the second of the three (verse 6) from the New Living Translation:

“Fools’ words get them into constant quarrels;
they are asking for a beating.”

The writer of Proverbs doesn’t connect verses 2 and 6, but I certainly do. Having no interest in understanding, but only in giving your own opinion, can and often does lead to arguments. I’ve never been physically beaten due to a quarrel, but I have regretted getting so heated in the back and forth when it did absolutely no good at all.

Here is the third of the three (verse 7) from the New Living Translation:

“The mouths of fools are their ruin;
they trap themselves with their lips.”

I’m not sure I fully understand this verse and wasn’t helped by other translations I checked out. My sense is that verse 7 builds on what the writer said in verses 2 and 6 taken to the extreme. Like many, I have played the part of the fool with my mouth and lips many times. Thankfully, however, my words have not led to my ruin.

As I said above, these three verses from Proverbs 18 struck and challenged me. Other chapters in the book also provide direction and warnings for the usage of our tongue, mouth, lips, and words. If you’re interested in reading more go to biblegateway.com and search these keywords out in the wisdom of Proverbs.